HomeAbout usThe CouncilOffice of the Speaker

Honourable Clr Maipato Elisa Tsokolibane born “Chaotsane” was born on the 21st January 1961 (21/01/61) to the late Mr. Piet and Mrs. Florinah Chaotsane in a small dusty township in Phomolong Hennenman in the Free State. She is the last-born daughter of the four children of the deceased parents. I was brought up by “God” fearing parents. My mother who was and is still my first role model was a Domestic – Worker, hard-working individual who loved education even if she was deprived of one. Testimony to this is the three children who went to Higher-Institutions of learning while the fourth brother died at an early stage. My mother comes from a “Royal-Basotho” clan in Lesotho.

My father was a self-employed contractor who built houses and schools with his skills and knowledge without any certificate, he owned his building-construction company and employed many people even transferred his skills to them. On weekends he used to preach the gospel and being a senior preacher in our church International-Assemblies of God in the early 1970 and 1980 until he passed on.

I completed my primary education at Phomolong Primary School as an “A” student, and all my teachers wanted me to be a doctor as I was very good in Mathematics and Science.

In 1976 my father asked my elder brother to continue paying for my studies after applying to many institutions he preferred to take me to Makabelane High School as the Principal there was his best friend although I declined to go to Kwa-Zulu-Natal because during those days you were suppose to go to your ethical area and as a “Ndebele” part of Nguni clan in Kwa-Zulu-Natal was relevant for me, but raised in the Free-State I was more “Sotho” than “Ndebele” or “Zulu”, Although my brother and sister went to school in Sterkspruit in now Eastern-Cape and Xhosa area.

The issue of this separation from one language to another worried me a lot and my rebellious nature started there, but as a child you were suppose to listen to your elders. My late brother Michael Chaotsane who was my second role model and also believed in education too and he took over with his wife Suzan Chaotsane. During that time both of them were working at Welkom-Hospital as both the Chief Clerk and Nursing sister.

At the age of 15years I was then taken to Boarding -School in Qwa-Qwa. Bantu education was the order of the day where all subjects except languages were taught in Afrikaans and in “March 1976” we resolted to a protest march that saw us fighting with the system and there were documents distributed to us in secret where we were reading more about “Steve Biko’s” writings but few of us were given these. I loved reading and that’s why I was recruited to this group of mostly Soweto students.

In April 1976 we were taken out at night to break windows and sing to protest our dissatisfactions and police came and fought with us all our Afrikaans books were destroyed and we taken out of school and the school was closed.

I had to go back home and all my local friends were at school. My brother then wanted to take me to Lebogang Secondary School in Thabong Welkom but I refused because all my friends were in Makebelane High School and I had hope that we will be called back to school. I was also seen as a bad influence coming from the school that fought Apartheid and Bantu-Education. While at home Soweto-Uprising took place in June 1976 in Soweto and all other schools followed. At such an early stage I stayed home for six months until we were called back in October 1976 to go and write our exams. The rest is history until 1979 when I left Qwa-qwa.

My brother then opened businesses after resigning from the Department of Health with his wife. They opened two shops in Thabong Welkom. Mikes hard-ware and Mikes Super-market, My brother who was not happy about my early marriage forced me again to go back to school and finish my grade 12. I then went to Tshepo-Themba Secondary school in 1981 to finish my grade 12. During the holidays I will then go to Thabong Welkom and work in the business and my father passed on in 1981. My brother was now my father and had to take full responsibility even if I was married. Hard-work and respect started very early in my life. My brother who was highly political would always tell us that Education will take you out of poverty.

In 1982 while raising my first son I wanted to work and assist in my family and found work at Super-market Score in Vereeniging but my heart was at school and in 1983 I went to Sebokeng Teachers College to do a three year Diploma in Education (STD). In 1983, 1984, 1985, I was elected as the Chairperson of the then (SRC representing Women affairs at the College. One of my achievements in my time as a leader there, women students who became pregnant were expelled from the institution. I changed that policy and allow them to go home and come back to continue with their studies. Students who were above 18 years were supposed to be treated as adults.

In 1984 when the Vaal uprising took place I was still living in Sharpeville and on the 03rd of September 1984 there was this violence and again like in Makabelane High School, I found myself out of school again. For three months we were out of school, but we managed to convince the Principal of the College to allow us in November 1984 to go back and write our examinations. My consciousness in politics was growing again and I have been fighting for justice and underdogs. In 1985 I completed my studies and during our Graduation ceremony, The Minister of Education was there and we were supposed to follow him when we made an Oath that we will abide by the rules of the country and all policies of that system. I kept quiet because I was already pissed off by some of the policies we were taught there. Although few of my white teachers saw me not taking that Oath but they kept quiet and did not report me. Another consciousness grew bigger.
In 1986 I started working at Moqhaka High School one of the notorious schools during that time. My rebellious nature imaged again and the Department of Education then demanded all teachers to clean the walls of our Schools as we were seen as instigators of the students to continue fighting the system. I refused to clean those walls. My consciousness was now stronger and 1987 was told that my contract was over and there is a new school where we were taken to. I was then taken to Maxeke High School where the five of us started a new school.

My journey has been painful as I fought the system and all the Apartheid Laws that governed our education system. I hated the oppression of Educators and in 1988 I was taken out of Maxeke High School to start a new school again E.D Mashabane. I was seen as a threat to other teachers and students as I fought for the use of co-poral punishment and brilliant students will go out of school. I have been very vocal in Education and in 1990 Vaal Professional-Teachers Association was formed and I became its supporter, Afterwards SADTU and I was their shorpstewards representing Evaton Branch. Teachers were not allowed during those days to participate in politics, but I fought alone for those who couldn’t fight for themselves both teachers and students. My rebellious nature taught me that there was no justice in the department of Education. I never fought for any position because I knew that God will award me at the right time, fighting injustice fulfills me. The down-trodden and disadvantaged of the poor was my mission. I hated laziness and opportunists.

This is my story, in 1994 after my divorce I went to be a full time student at North-West University after completing my B.A Degree in Education with Vista University Sebokeng Campus. I was doing my second degree B.Ed, when the elections were pronounced. I became a full-time employee at IEC and worked for ANC which won the elections. In 1995 I was staying at Bedworthpark coming from my long stay in Sebokeng and Sharpeville since 1980. I then joined SANCO while fighting for high rate and taxes from the Municipality. Little did I know that I’ll be working at the same Municipality, I then joined ANC Greater Vereeniging Branch and was deputy-Secretary of SANCO branch in Vereeniging.

Since then I have been an active member of SADTU, SANCO and ANC. The rest is history a long walk to freedom in deed. My motto is “hard-work, commitment and work even when someone is not looking at you.” I motivate myself and believe strongly I God’s Grace and love as taught by my late father.

Write a book on women empowerment 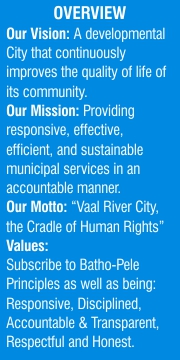 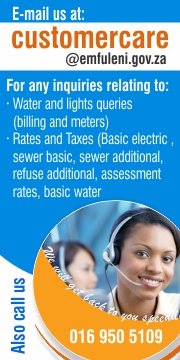 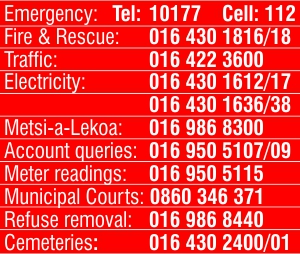