Mohloli Maritime School in Sharpeville, Atlehang Primary School in Zone 7, and Tokelo (Evaton) and Khutlo-Tharo (Zone 3) Secondary Schools have all had parts of their buildings torched.

Believed to be the work of arsonists, the fires have disrupted learning and destroyed high-tech classrooms and administration blocks.

Few hours before the start of the 2020 academic year, residents of Zone 3 woke up to the tragic news of a fire at Khutlo-Tharo Secondary School.

The fire during the early hours of Wednesday (15 January 2020) damaged parts of the school’s administration block and disrupted learning as education and police officials combed the scene for answers.

Gauteng Premier David Makhura and MECs for Education and Infrastructure and Property Management, Panyaza Lesufi and Tasneem Motara, all visited the school to assess the damage.

Moshoaluba condemned the incident and thanked the provincial government for their quick response.

“Who is behind these fires? These incidents are shocking and we call upon the police to arrest those responsible for the fires,” he said.

Members of the School Governing Body (SGB), parents and concerned neighbours, and scores of police officers also gathered at the school.

Addressing the media at the scene, MEC Lesufi said Khutlo-Tharo had been burgled 17 times since August last year.

“Literally, this school is broken into every week. This is a school of specialization for music, but guitars and all other music equipment have been destroyed,” said MEC Lesufi. 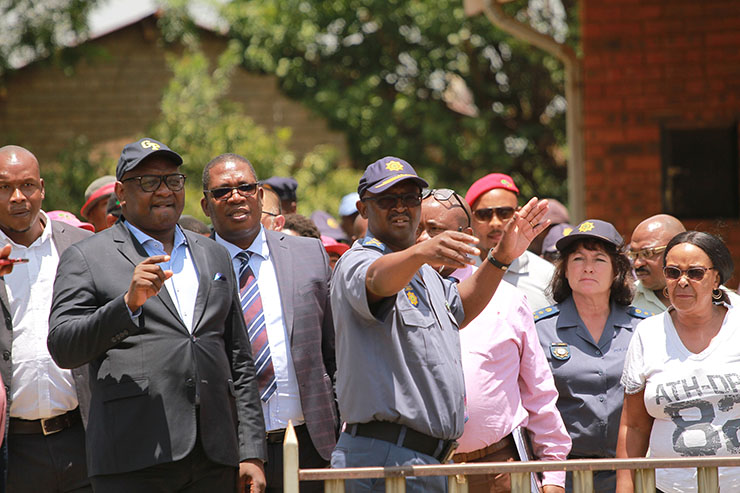